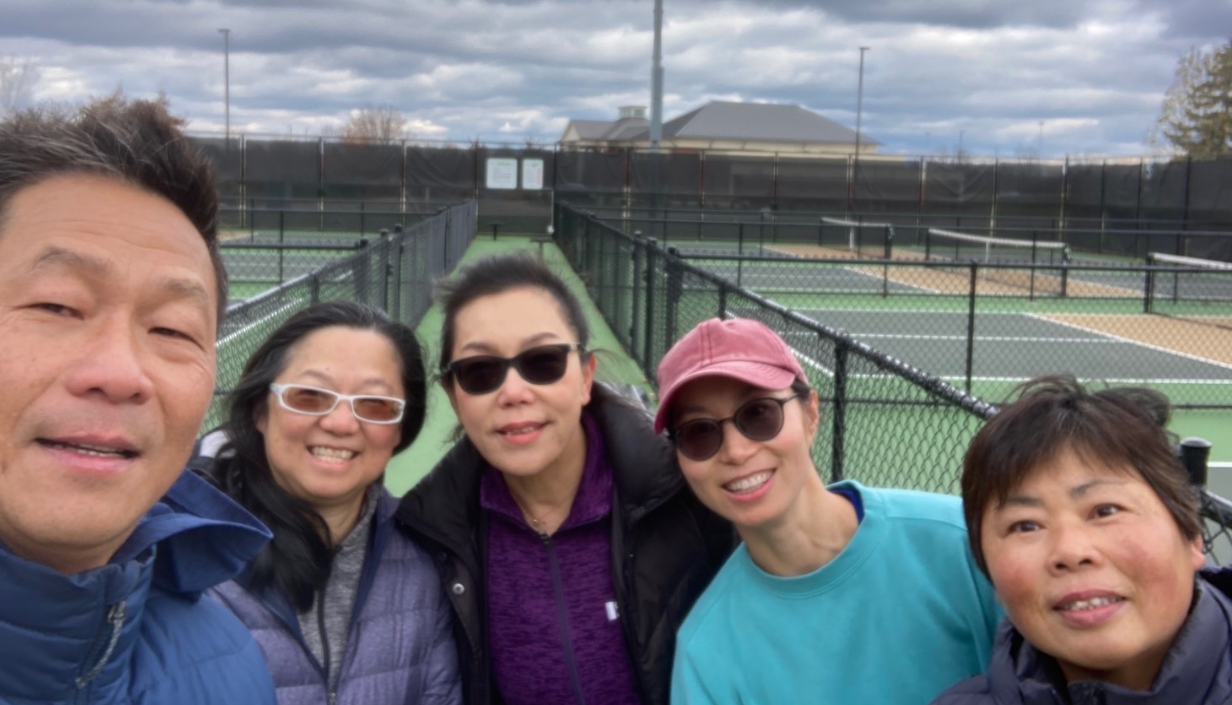 What does a mom who is an entrepreneur, travels frequently for work, is on international meeting calls 24/7, has been teaching Chinese on the weekends for the last 22 years, and has helped raise twin boys for the past 18 years do for exercise?

The answer should be obvious: what busy mother has time to exercise?

Hello, my name is Jonathan, and I’ll be the one writing about how my mother, Grace, went from being the busy working parent with no time for exercise to becoming known as the Pickleball Queen in our community.

A Text Away from Pickleball

Growing up, my brother and I chose marching band as our exercise of choice. For the past 20 years, my father has consistently practiced the art of Tai Chi twice a day.

My mother, on the other hand, loved using her resistance bands and mastering her stretches. Aside from than that, she really had no time to exercise as she was too busy flying around the world doing her part in building a successful business.

But as her business matured over the years and my brother and I were planning to leave for university, she found herself wondering,”What do I do now?”

She was no longer traveling as much and her job of raising kids was complete, so she felt the natural urge to fill up her time doing something that would be of benefit to her mind and body. So, she went on the hunt.

Here are the 2 things that she tried:

-Yoga (which she swears by to prevent injury)

-Kettlebell Training (which has improved her overall strength and endurance)

While she enjoyed herself, she still felt she was missing something. She couldn’t quite put her finger on it until she received a text message from her dear friend one morning. Can you guess what it said?

“Grace! Would you like to join me this Friday and play pickleball with a group of friends?”

Without hesitation, she said YES.

Since then, she has taken the sport and run with it to heights that even she could not have predicted.

From Teacher to Pickleball Coach of 20

As mentioned before, my mother has spent her weekends teaching Chinese at a local elementary school for the past 22 years. She’d usually go down to the cafeteria after class to chat with the parents and other teachers about their week, eat some homemade snacks from a local vendor, and catch up on world news.

All of that changed when pickleball entered the picture.

In 2019, just a few months after her first pickleball session, she asked the board to set aside some space in the gymnasium for her to teach the basics of pickleball to the kids and any willing adults.

She created a campaign by printing signs, using the power of her voice, and spreading the message via Line (a messaging app used in many Asian countries). She also pitched the idea to our principal and staff, and even encourage them to play a few rounds. And after only a few weeks of planning, getting the gym properly taped off, and spending her allotted budget on a few paddles, balls, and nets, she was ready to teach her first session.

The result? More than 20+ people showed up. To her surprise, as the weeks passed, more and more people joined in. Soon, the basketball players were dodging balls on the sidelines, and the badminton players were joining in on the fun. My mother was overjoyed that day.

As of today, the gymnasium has been given back to the basketball players. Since Columbus, Ohio has reacted positively to the increased popularity of pickleball in the state, my mom and her group of 20+ members now schedule meetups every Saturday afternoon post-class as well as every Sunday morning at local courts all over Columbus.

The Pickleball Marketing Strategy That Works

How do you market the sport of pickleball to folks who have never played or think it may be a catalyst for injury?

Well, thank goodness my mom is a fantastic business woman because if she were to show a group of middle-aged women and men a video of pros playing pickleball, you might as well just tell them to break an ankle right then and there or over-pull a hamstring 10-times over.

So instead, my mom took a simple approach: just have fun.

From what I’ve seen my mother teach newbies, she continuously encourages new players to play as if no one is looking. There are no rules in the beginning. The rules come after a player feels comfortable with the general movements.

Her thought process: Why would anyone want to play pickleball if everything revolves around the pressure to win and being perfect from the start? Why can’t we just have fun and learn from one another and get better over time?

Her techniques of teaching and inviting new players have tremendously aided the group’s expansion and continuously promoted a positive relationship with the sport of pickleball.

I believe that’s why people keep on coming back.

Here are my mom’s future plans: 1. Build a court in her own backyard. 2. Invest in a building for pickleball courts.

So far, she is on her way to realizing one of those dreams!

My parents had intended to relocate into a single-story condo, something better suited to their comfort and needs, ever since my brother and I moved out of our family home. Well, that was 8 years ago.

Fortunately, one of my mom and I’s favorite pastimes is going to open houses together while I spend my time convincing her that every property we look at is perfect for her. But there’s always one thing missing: a backyard large enough to install a pickleball court.

Then one day in late October of 2021, I received a call from my mom and she shared with me the news I’ve been waiting to hear for the past 8 years:

The Pickleball Queen had found a new-build ranch community that included a pickleball court.

Long story short, my parents signed the contract to build their new home at the beginning of 2022 and will be moving in by the end of December 2022.

(FYI, she picked a home lot where she can see the pickleball court right from her bedroom, just a jump and a leap away.) 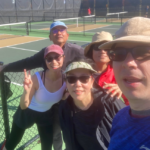 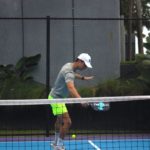 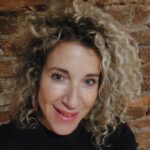 The reasons I just love pickleball 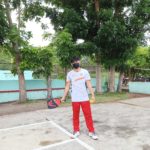 Pickleball is great for people who don’t play sports