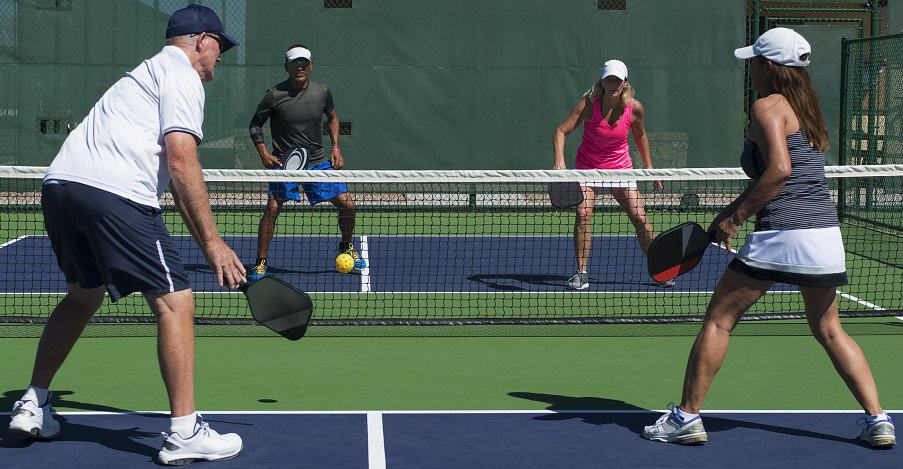 Find out what the Pickleball Doubles Rules are

Pickleball doubles rules are basically the same as the singles rules with a few twists.

If you are a new pickleball player who doesn’t have basic knowledge of how the game is played, you’d assume that the game is similar to tennis. While that is exponentially true to an extent, you need to realize that there are some differences.

This article will give you the information you need to play a spectacular doubles game!

When it comes to pickleball doubles rules, there are a few factors that you need to know…

Feet behind the baseline when you serve

As with most racquet games, both feet must be behind the baseline when you serve.

Points are scored on the Serve

In Pickleball doubles rules, the points are only scored on the successful serve. The receiving team doesn’t score if there is a fault.

The primary aim of the serving team is to rally the points and win and the receiving team has to somehow induce a fault to them to get a serve for themselves.

Want to know what to look for to get the best Pickleball paddle?  Click here for more in-depth information.

Player on the Right Serves first

Now that the opposing team has service, the player on the right serves.  When they lose this point the service then goes to their team member.  Only when this team member loses the point does the service go back to the original service team.

Again the player on the right serves.  When they lose the point, their team member then has their service turn.  At a fault, the service is given to the opposing side again.

For people who like numbers…players 1 and 2 are on one team.  Players 3 and 4 on the opposing side.

We always put Erin player 2 – the less time she has serving – the better!!

Another weird yet important rule to the pickleball doubles rule is swapping sides with your team member if you are serving.

When the serving team wins the rally, the server changes sides with their team member.  Each time a point is won after the completion of a rally, the partners have to switch sides.

This is only for the server side.  The receiving side does not swap sides.

Another confusing difference between Pickleball singles and doubles is the three score numbers. Unlike the single scores, the doubles scores are generally called in three numbers, including the server’s score, the receiver’s score, and the server number. Here is an example for a better understanding.

Say, the server has scored 4 points, the receiver has tallied 3 points and the second server from the team is serving. The score for that point will be called 4-3-2. Server-receiver-player.

Colorful Wristbands in Pickleball are common

Another unique rule to doubles in pickleball is wearing colorful wristbands. As weird as it sounds, it is pretty common, especially when it becomes confusing as to who is serving and to whom on which side of the court. 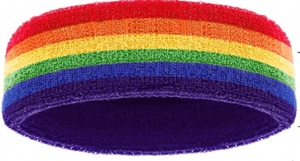 These Pickleball wristbands are easy to master and make the process of identifying a lot easier for the players, and the audience.

For example, the first service player wears a rainbow wristband.  This means that when it is that team’s turn to serve and their score is an even number, the person with the rainbow wristband serves.

The Pickleball underhand serve must be struck before the paddle passes your naval or waist line.  Your arm must follow through in an upward motion for the service to be valid.

Your serve must travel to the opposing team player diagonally opposite you.  The ball must bounce once between the non volley zone and the baseline in their service section.

When you return the serve, the ball must again bounce once before being hit.  This is known as the Pickleball double bounce rule.

Thereafter the ball can be hit on the full or with one bounce.   More than one bounce each side is a fault and you lose the point.

You only get one service attempt.  The only exception to this is if the ball hits the net – Let – and continues to land in the correct service section.  This point can be replayed.

The Pickleball kitchen rules for doubles is the same as singles.  You can not enter or make contact with the kitchen or non volley zone to hit the ball without it bouncing first.

This means that nothing on your person – hat, shoes, keys, jewelry – can fall into to this zone either without it causing a fault.

You must stay out to the kitchen to hit the ball unless it bounces.  You can jump across this zone to continue the momentum of your movement but don’t land in it!

This applies to both players.

Click here if you want to know more about the Pickleball Kitchen rules.

Find out about the Pickelball rules for singles by clicking here

Serving rules can be found by clicking here

Pickleball doubles rules are slightly different to singles but you will quickly get the hang of the game rules with a little practice. 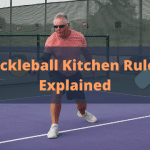 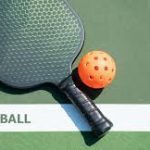 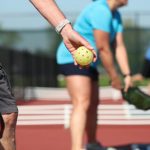 How to Play Pickleball? Know the Basics 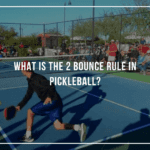 10 thoughts on “Pickleball Doubles Rules – What you need to know”